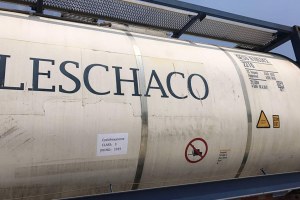 It is the raw material for the production of caprolactam and adipic acid; used as the solvents and diluent agents of paints, inks, synthetic resins and synthetic rubber; also used as the leather degreasing agent.

Used as the organic solvent;

Raw materials and solvents of synthetic resin and synthetic fiber;

Cyclohexanone is an important chemical raw material, being the major intermediates of making nylon, caprolactam and adipic acid. It is also an important industrial solvent, for example, for paints, especially for those containing nitrocellulose, vinyl chloride polymers, and their copolymers or methacrylate polymer paints. Used as an excellent solvent for pesticides such as organophosphate insecticide. It is used as a solvent for dyes, viscous solvents for piston aviation lubricants, solvents for greases, waxes, and rubbers. Also used as the leveling agent for dyeing and fading silk; degreasing agents for polishing metal; wood coloring paint; also used for cyclohexanone stripping, decontamination, and spot removal. Cyclohexanone and cyanoacetic acid can have condensation reaction to generate cyclohexylidene acetic acid, and then followed by elimination and decarboxylation to get cyclohexene acetonitrile, and finally giving cyclohexene ethylamine by hydrogenation [3399-73-3]. Cyclohexene ethylamine is an intermediate for some drugs.

The solvents for fibers, resins, rubbers, paraffin, shellac, and DDT; for organic synthesis; it can dissolve many of the complexes formed by the elements and organic reagents; bismuth determination; extract rare metal such as uranium, thorium, cobalt, and titanium.

Cyclohexanone solvent is an organic compound and a colorless, transparent liquid with an odor of mud. It will have a minty smell containing phenol. The impuritied cyclohexanone is pale yellow and its color shows with more impurities during the storage period from watery white to grayish yellow. It will generate a strong pungent odor during storage.

Mixed with air, the explosion pole is the same as the open-chain saturated ketone. There has been insufficient evidence that cyclohexanone is the cause of cancer. It is mainly used as an organic synthetic raw material and solvent in the industry. For example, it can dissolve nitrocellulose, paints, and paints. Cyclohexanone is an important chemical raw material and is the main intermediate for the manufacture of nylon, caprolactam, and adipic acid. It is also an important industrial solvent, for example, for paints, especially those containing nitrocellulose, vinyl chloride polymers and their copolymers or methacrylate polymer paints. It is used as an excellent solvent for pesticides such as organophosphorus insecticides and many analogues, a solvent for dyes, a viscous solvent for piston aviation lubricants, and a solvent for greases, waxes, and rubbers. It is also used as a leveling agent for dyeing and matting, as well as polishing.

It is used as a metal degreasing agent, used in the wood coloring paints, cyclohexanone stripping, decontamination, and despeckling, and used as a drug intermediate. 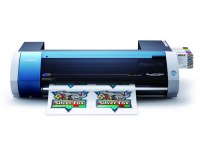 Truly affordable. Remarkably versatile. With the VersaStudio, we've taken everything that makes a Roland printer great and packed it into one powerful, profit-producing package. Award-winning mild solvent inks. Your choice of media. One device that can print and cut an incredible...