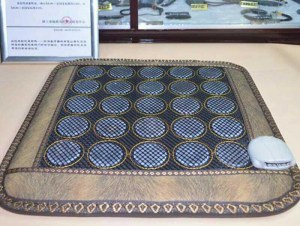 The inheritance and development of needle stone

needle stone is a healing tool that has been produced since the Stone Age. It has names such as "Medicine Stone", "Needle Stone" and "Good Stone". It is a widely used treatment tool in ancient times. "Stones," also known as "Bianque stone," was named after the name of the doctor. At that time, the famous doctor Bianque was the master of the use of meteorite therapy. This is the reason why the "accidents are in danger when they come back to life".

With the development of science and technology and the deepening of the understanding and research of the meteorite, more and more people has realized the value of the needle stone. Scientific tests have proved that vermiculite contains more than 40 kinds of trace elements that are beneficial to humans such as calcium, magnesium, zinc, selenium, etc. Its unique characteristics of far-infrared, ultrasonic, etc and they are able to effective improve microcirculation and promote metabolism. Now, through the in-depth development of Meteorite, we have brought more value to meteorites, especially medical values. Meteorites are just like Nirvana reborn and invited to the medical court.

Taihe Runlei Pharmaceutical Co.LTD takes “Carry forward Chinese culture and leads green medicine” as its brand concept. R&D covers more than 30 kinds of Traditonal Chinese medicine green medical products such as rubbing stone physiotherapy pads and physiotherapy pads. For some chronic diseases that people are troubled with: cervical spondylosis, frozen shoulder, low back pain, lumbar muscle strain and other rheumatism, and prostate, insomnia and other sub-health services. While advocating green medicine, combined with the characteristics of Chinese medicine physiotherapy: emphasizing the principle of external treatment of internal diseases, treating both diseases and symptoms, and syndrome differentiation and treatment, actively promoting physical therapy, natural remedies, and reducing the side effects of internal medicine treatment on human body through needle stone therapy.

For example, the needle stone treatment pad introduced by Taihe Runlei Co.Ltd. has the features of over-temperature protection technology, static elimination technology, and uniform heat generation technology. And, it was clinically verified by relevant departments of the Shandong Affiliated Hospital of Traditional Chinese Medicine and General Hospital of the People's Liberation Army of the People's Liberation Army of Ji'nan Military Command. A total of 124 cases (62 cases in the experimental and control groups) were included in the study, including 55 males and 69 females, and the oldest was 70 years old. At least 21 years old, 3 cases were entrusted to the trial because of lost follow-up after treatment. The clinical results show that there are no statistically significant differences in the evaluation of effectiveness, practical appraisal, and safety observations of the "meteorite mattress". Through the above content, it can prove the effectiveness, applicability, and safety of "stone mattress"As of December 2004, there are 9 of Grade 3 hospitals that carry out stone therapy, 3 Grade 3 hospitals, 11 Grade 2 hospitals, 23 hospitals with at least two grades, hospitals at other levels, etc. 32, a total of 55, indicating that the stone therapy has initially entered the clinical frontline. Moreover, the discovery of the Central Television Channel 10, Shandong Health Section, Hunan Satellite TV and other programs have all made special reports on the Rock.

In terms of modern medicine, macroscopic adjustments are used to regulate the macrocycle, and it is thought that circulation regulates the circulation and promotes a healthy metabolism. No medicine can replace the broad spectrum of vermiculite. No medicine can replace the safety and economy of vermiculite. With the safety, pain, ease of operation, and other features that are popular with the people, the rock will also become a health care product for more and more families. At the same time, it will be widely used by authorities in the medical community.

Our Multi-Color LED Rope Light consist of red, green, blue and yellow LED lights, joining together to form a colorful and breathtaking rope light. Our manufacturer utilizes sophisticated electro-optical designs to control the blend and diffusion of the light. This technology allows... 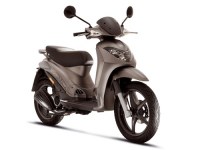